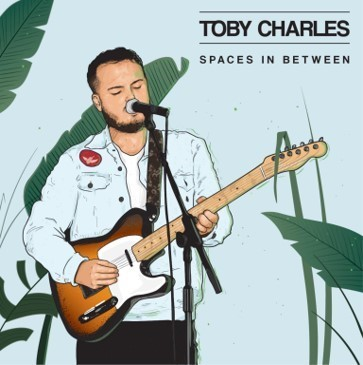 Singer-songwriter Toby Charles recently released his latest EP ‘Spaces In Between’ which was recorded by James Delin à Load Street Studios and features additional drumming from Hector Brazier (member of band nth cave). Playing a host of gigs in both Worcester and London and having had tracks played by Andrew Marston sur BBC Music Introducing, Toby is definitely set for big things so we caught up with him to talk all about his latest release and future plans…

You released ‘Spaces in Between’ on digital platforms on February 22nd. What inspired you to write this EP?

It’s inspired by relationships, more specifically the breaking down of them and I guess the feelings that go with that. You could say it’s a break-up EP, inspired by my own experiences as well as the experiences of other people around me.

How long did it take for you to write and record the EP?

It was something I’d been working on for a while, I had two concrete songs that I knew I wanted to be on my next release (‘She Moves’ and ‘Alcohol’). I was going backwards and forwards a lot in terms of which of my other songs worked well with them, both like thematically and sonically, and in the end I just decided to combine them with newer songs. It went through quite a few different versions, I could pull up the notes on my phone now and show you five or six completely different tracklists, and to be honest I was still playing around with it slightly until a couple of days before we recorded. The recording itself took a couple of days. One of my oldest friends Hector Brazier from nth cave did me a massive favour and played drums on all the tracks, and we worked with James Delin à Load Street Studios.

‘It’s you’ was your debut single released in 2016, could you tell us more about the meaning of this song?

Yeah that was the first ever song I put out on Soundcloud or anywhere that wasn’t a cover. I joke around a little bit at gigs sometimes if I play it, asking people if they can guess the name of it before I play it, because admittedly it’s not the most complex song. I guess it’s kinda just a confession of love, admitting to someone how much they mean to you, I think that’s important.

For me, one of the stand out tracks is ‘She moves’:

« But I’m still caught up in her net,

Allow her, to take what she can get,

Wasn’t gonna use it anyway,

It’s worth it for the look she gives me.”

Can you tell us more about the inspiration behind this verse in particular?

It’s about an uneven relationship, where one person would do anything to please the other and they’re aware of that. I think that lyric is one of my favourites because it kind of represents that internal dialogue, you know that she might be taking advantage of you slightly but it’s fine because you can justify it because she makes you feel good. 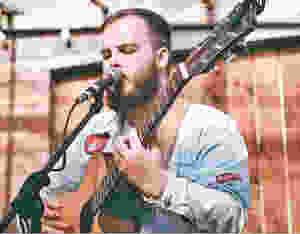 ‘Shades of green’ is lyrically one of my favourite tracks…

Roll it in your fingertips, watching it unwind,

You sigh, and turn a slightly freckled cheek,

Ignore the spaces in between, until we all collide.”

Was this written from a personal experience?

Yeah, it’s sort of that moment where you clock that something isn’t right. I mean to be honest I’m not sure if there was a tiny thread, but I wanted something that could have a couple of meanings. The thread is a physical thing, maybe from the sleeve of a jumper that someone’s fiddling with in that awkward sort of way when you don’t really know what to say, but, to me anyway, it also represents like the last little strands of the relationship that are slowly unravelling.

I’d like to release more new music, maybe a couple of singles later in the year, but I’ve got nothing concrete planned.

Would you ever like to do your own tour?

Yeah I would love to tour. I’ve slowed down recently a bit with gigs as I’ve moved out of London and I’ve been working, but I’m trying to get back into it a bit more. I’ve got a couple coming up this month, I’m headlining at Paradiddles in Worcester on the 20th and I’m back down in London on the 24th at Zigfrid Von Underbelly. But yeah, a tour would be incredible and it’s definitely something I’d love to do soon. 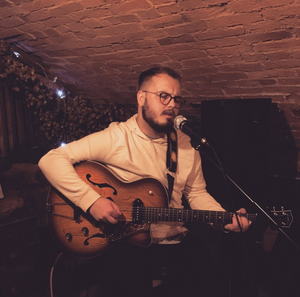 ‘Gracie’ is such a relatable song, when you write and sing, do you look to create identifiable lyrics for your listeners?

Je vous remercie! Not really to be honest, I never sort of sit down and think ‘right I need something that people are going to relate to’. I guess a lot of what I write about are things that everyone has at least some form of experience with, there’s a lot about relationships and break ups and love, which yeah I think everyone can connect to that on some level. I don’t really know how I’d write outside of my own experiences or the experiences of people close to me, so it’s really nice if my listeners can identify with the songs in whatever way.

Do you have a personal favourite song from your discography?

There are a couple which always go down well at gigs, ‘Into Your Arms’ et ‘My Love’, which I always enjoy playing. I think I’d have to say one of the new ones though. I haven’t really gigged them yet so I’m really looking forward to that. It’s really hard, I’m really proud of them all and I think a lot depends on what sort of mood I’m in. Maybe ‘Gracie’ at the moment.

Before we end the interview, can you let us know where everyone can find your music?

Of course! Spotify, iTunes, Apple Music, Bandcamp all of that is just Toby Charles and you should find me! I guess if you’re more interested in social media then it’s Toby Charles Music sur Facebook, and then just @toberandall sur Instagram et Twitter! 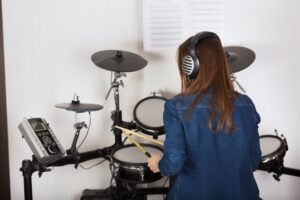 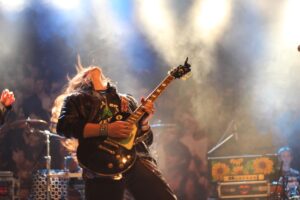 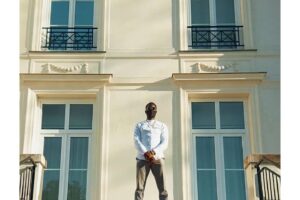 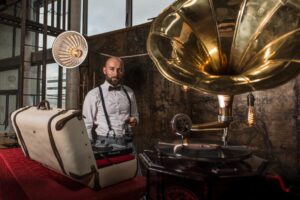 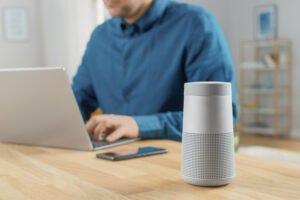